As you may have noticed I’ve moved from blogger to WordPress!! I’ve been considering it for awhile and now I’ve finally done it!!

Blogger was recommended to me by my dear Nico, and while the set up was easy a lot of it just baffled me, I could barely figure out how to make the comments work so here I am, back to an interface I’ve used before.

I also like how there are a greater variety of themes here and I must say I am having fun playing with the featured image option. I tried to make them all correspond to the post in some way but eventually I just said fuck it. I’m still in the process of sorting out tags and categories along with finding a way to justify all my posts (miss that so much ugh) and other things so bear with me.

It was a pretty exciting week last week and this one promised to be the same!

Miracles of miracles; Helen, Amy and I managed to meet up for an impromptu dinner at Bushi Udon. We also got to bond with Marko a lot more and it was all going well until I revealed a major Game of Thrones spoiler-after he said he never read the books. I don’t know what I was thinking. Okay, clearly  I wasn’t but it was definitely past my bedtime so … yeah.

Bushi was SO good though!!! 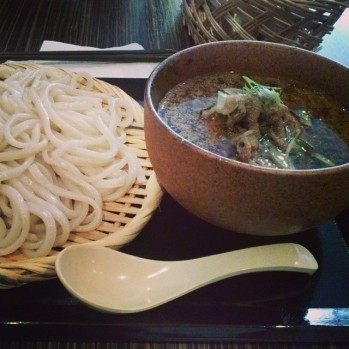 I got the pork tsuke, and basically you just dip your udon into the broth and its so flavorful. The pork is thinly sliced and is perfection as was the iron which was nice and chewy. 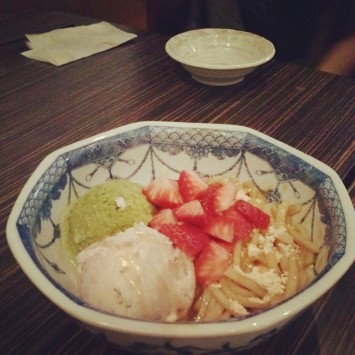 This was the dessert we shared also made from udon! They used a slightly sweeter rice flour, mixed it up with some maple syrup and some chestnut powder on top and it is my new favourite dessert. Highly recommend it.
I also had plum wine for the first time and I am now a life long fan. It’s sweet but not overly sweet and the wine isn’t too bitter which is a plus.

Later on that week I finally got to meet Petr for real! We’ve just been emailing ever since Janet flew off to Prague for the first time and now it’s his turn to come visit her here. It wasn’t as awkward as I thought it was going to be, maybe because his personality is so similar to Janet and I can joke with him the same so it’s all good. I’m still kind of testing my limits as to how frequently is too far with him. 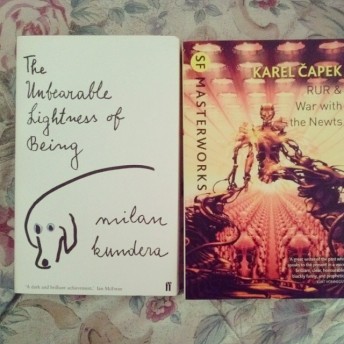 He bought me books!!! It was definitely one of the most thoughtful gifts I’ve ever received. He wanted to get me books by Czech authors and then had to look around to find them in English. I can’t wait to read them. 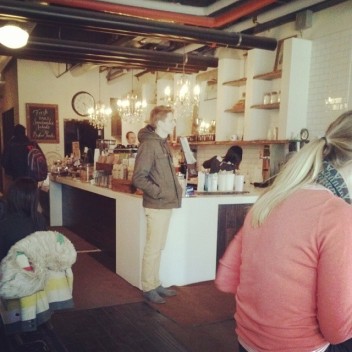 This is Petr at Rooster. We’re trying to launch his modelling career so Janet can be a house wife. If you’re an agent…

Saturday I spent some alone time with Petr eating Korean food and just talking about random stuff… nothing serious as our convos seem to be 95% sarcasm. But I finally found someone who wants to see the Lego movie with me and that is exciting. Especially Janet gave me a firm no when I asked.

This week is my birthday week so hopefully lots of fun exciting things happen! 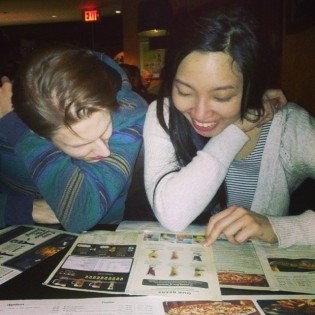 Here are Janet and Petr looking adorable. It was very hard to try to capture a moment haha.

There was an error retrieving images from Instagram. An attempt will be remade in a few minutes.